Come join us for a memorable experience of classical music performed by talented young international musicians in medieval stone churches in the south of France!

The Young Virtuosi Festival is now in its tenth year. Since the very beginning in one small village church in Castelreng, just outside the town of Limoux near the majestic Pyrenees, we have delighted audiences with classical music played with youthful exuberance and skill. This year the festival visits six medieval villages in and around the Limoux region from 15th to 21st July 2017.

Young classical musicians between the ages of 17- 30 from all around the world, including Japan, Austria, Germany, United Kingdom and the USA are selected through audition. Over the past years many of these young musicians have gone on to become professional artists playing in some of the world’s greatest orchestras and as popular quartets. This is your opportunity to see talented young musicians at the very beginning of their professional careers.

While at the very beginning ten years ago our first concert in the church of Castelreng, in the picturesque Vallée du Cougain, the audience was composed of mostly local villagers, the Young Virtuosi Festival now attracts music lovers from Paris, northern Europe, the UK and even the US who schedule their holidays around the festival. It is a great occasion to visit the Aude area, the Pyrenees and local culture.
Each evening concert is organised around a theme. One concert focuses on Baroque music, others on the famous classical composers Mozart, Brahms and Tchaikovsky as well some Dvorak and other interesting composers.

The concerts culminate with the locals serving the famous sparkling wine, Blanquette de Limoux, and everyone enjoying the friendly post-concert atmosphere. 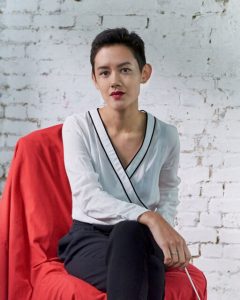 Stephanie is a second year music student at Cambridge University and has attended all nine previous festivals as a musician. This year she is the Artistic Director, having recruited all the musicians and developed the programme for each concert.

I would like to personally invite you to join us in the South of France for the 2017 festival of exceptional classical music in Medieval churches. This is our 10th consecutive year with more gifted young musicians. I also urge you to support this Festival with your donations. You will be helping the development of the next generation of classical performers. The Festival relies on donors and supporters to help cover our costs of travel, food and lodgings, so become a supporter and, if you can, join us for one or more of our stunning concerts.

Donations are gratefully received on www.tinyurl.com/yvf2017